At the end of a lengthy surveillance operation, late Tuesday night, the Israeli Antiquities Authority (IAA) theft prevention unit apprehended six suspects near the Hebrew University in Mount Scopus, Jerusalem. The suspects were caught in the act of digging up a burial cave illegally.

Mr. Uzi Rotstein, the theft prevention unit’s chief, told Tazpit News Agency that the eastern slopes of Mount Scopus are known for being rich with ancient tombs and burial caves, dating as far back as the Second Temple era.

“The site often attracts treasure hunters hoping to dig up caves and untouched tombs in order to pillage artefacts left with the dead.” Said Rotstein, “They look for glass works, pottery, metal candle holders and even jewelry can be found in such tombs.”

However, what makes this particular incident so unusual and interesting is the suspect’s alleged reason for digging up the cave.

The suspects are all members of the same family from the Arab village of Issawiya in Jerusalem. Lead by the patriarch, they were caught while trying to dig their way into an ancient burial. The task force discovered tools for digging and burglary in their possession.

According to IAA spokesperson, during his preliminary investigation the family’s patriarch told investigators at the scene that he was in fact an exorcist by profession and a remover of curses. He explained that his sons alerted him to a presence of a demon guarding the cave.

“The man, claiming to be an exorcist admitted to his investigators that his purpose was to rob the burial cave of its potential treasure.” Rotstein told Tazpit. “However, he stated that he was so convinced that there would be a great treasure in the cave because a demon was guarding it and he came to banish the demon from the cave.”

The unit chief explained that it is a well-known phenomenon in the Arab population, even when discovering natural caves, to send in a “specialist” to clear it from evil spirits and demons.

Another element that makes this incident unusual is the fact that the treasure/demon hunting team included children as young as 7 years old. While the father was to banish the demon and the older suspects kept watch and cleared dirt from the entrance, the 7 to 15 year old minors were made to venture into the tight and airless cave. 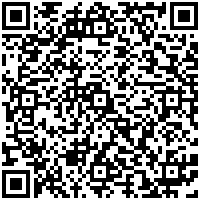