A review of events this past year, particularly those affecting Jews both inside and outside of Israel, cannot possibly leave one with a great sense of joy for Rosh Hashanah.

A partial list includes the nuclear deal with Iran, rampant antisemitism in Europe, world leaders’ totally twisted views of right and wrong, their attitude of “let’s kick Israel and ignore human rights violations elsewhere;” the failure of the world to face up to responsibilities in Syria that has disintegrated into an area where radical Islamists compete with each other to be barbaric animals; an intermarriage rate of up to 70% in the United States, sexual abuse and drug abuse in religious communities; harassment of Jews on the Temple Mount; Hezbollah advanced preparations for their next war with Israel, and the Palestinian Authority’s systematic teaching of hate of Israel and encouragement of murder of Jews, and even worse, the world’s turning a blind eye to it as it did to Hitler.

The inventory could be a lot longer, and every reader can add his own bad omen.

The Days of Repentance from Rosh HaShanah through Yom Kippur are a time of reflection and self-questioning that are prerequisites to honest prayer and repentance, with lots of charity between the two, “to avert the evil decree.”

There is a view among many our Sages, and one which needs to be taken in proportion lest it lead to fatalism, that if something happened, it was supposed to happen. That is not say that bad news is good, but it does mean that something can be learned.

God has brought us all of what mentioned above, we have to be careful before blaming President Barack Obama, leftists and plain Jew-haters. In retrospection, the Babylonians and Romans did not destroy the First and Second Temples.

We did it with idolatry, senseless hate and a host of other sins.

JewishPress.com like every other media regardless of its agenda, deals with the news.

We know our efforts are not in vain, but in the end, neither the media nor the politicians will save us.

Rather, it is each and every Jew as an individual and Jews as One People, an ideal that is our strongest weapon when it exists. When it is absent, it leaves us weak. A sign of that weakness is the ability of our self-assumed “friends” as well as enemies to act as if they love Jews and of Israel by supporting and carrying out policies that are destructive not only to us but also to themselves, because without our being a Light unto Nations, there is no world.

When we listen to them when they tell us how to a “Light unto Nations,” it is a sign of how dis-united and weak we are.

One of the most beautiful and inspiring characteristics of Rosh HaShanah and Yom Kippur is the gathering of Jews in synagogues where they never are seen any time else during the year.

They may not come to synagogue on the High Holidays because of sudden need. They may do so only because they want to feel Jewish.

That’s fine. Whatever the reason is, the fact they we pray together is an act of unity and one that, God willing, will leave us with the inspiration to realize who we are as individuals and as a People.

We are not grateful for all of the miserable events that represent so much hate and ignorance, but we can understand them as a wake-up call.

There is lots of good news out there. The best news is that the Jewish People is alive. We do not measure our strength in numbers. We measure it in faith. 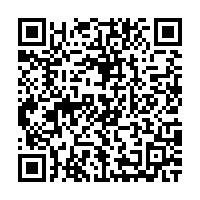