Two Congress members from Michigan at the Jewish Council for Public Affairs annual plenum stressed the importance of stopping a nuclear Iran and passing a bipartisan farm bill.

Rep. Mike Rogers, the chairman of the U.S. House of Representatives Intelligence Committee, told plenum participants in Detroit on Monday that leaving the military option on the table was the only way to stop a nuclear-armed Iran.

Rogers emphasized that joint military cooperation between Israel and the U.S. was essential in convincing the Iranians to abandon its nuclear program.

Sen. Debbie Stabenow, chairwoman of the U.S. Senate Agriculture Committee, used her remarks to stress the importance of reauthorizing the Farm Bill, which has been a legislative priority for the JCPA.

The bill includes funding for various programs, including the former food stamp program known as the Supplemental Nutrition Assistance Program.

Stabenow, a Democrat, argued that even during a time of budget deficits, “every single dollar we spend must go to families in need.” 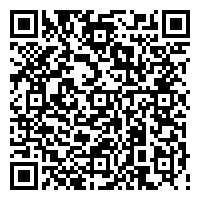