Fox News’ Mike Huckabee, former Arkansas governor and a darling of the Israeli right-wing and Christian evangelists, announced he is leaving the network and keeping options open for a run as the GOP presidential nominee.

“As much as I have loved doing the show, I cannot bring myself to rule out another Presidential run,” he said.

“There has been a great deal of speculation as to whether I would run for President. If I were willing to absolutely rule that out, I could keep doing this show. But I can’t make such a declaration. I won’t make a decision about running until late in the spring of 2015, but the continued chatter has put Fox News into a position that is not fair to them nor is it possible for me to openly determine political and financial support to justify a race. The honorable thing to do at this point is to end my tenure here at Fox.”

Several pro-Israel Christians are running or thinking of running for the Republican party nomination. Indiana Gov. Mike Pence was in Israel last week to show his face in headlines back home.

Retired neuro-surgeon Ben Carson made his first trip to Israel three weeks ago.

And don’t count out Minnesota’s Michelle Bachmann and Alaska’s Sarah Palin, both of whom are very attractive women with attractive pro-Israel views though not everyone’s cup of tea.

But the biggie is Sen. Ted Cruz, and Huckabee could make trouble for him, and probably for the Republican party, if he runs. 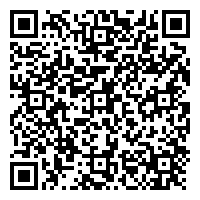