“Supreme leader Kim Jong Un received a floral basket from Mahmoud Abbas, president of the State of Palestine, on the occasion of the 69th anniversary of Korea’s liberation. The floral basket was handed over to an official concerned on Aug.13 by Ismail Ahmed Mohamed Hasan, Palestinian ambassador to the DPRK.”

I guess its only a matter of time till he sends a floral basket to the leader of Da’ash/ISIS (ISIL, IS, global Jihadi Caliphate) celebrating the “liberation” of the Islamic State.

UPDATE: Just in case you didn’t want to believe the sick relationship between PA President (favorite moderate of the West) Mahmoud Abbas and North Korean Dictator Kim Jong Un because the “press release” came from a North Korean source…the PA themselves took great pleasure in announcing it via the official PA WAFA News agency. 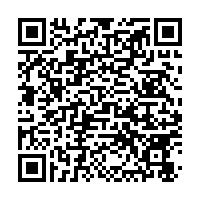