This could all be a conspiracy thought up by Bed, Bath and Beyond, to sell more white sheets.

Because no matter who you are, you still have to wear the white robes, the masks and the cone hats.

Target, Macys, they all stand to make a bundle on the New Klan.

To join the Rocky Mountain Knights, are to be aged 18 and live in the Pacific Northwest.

John Abarr, a reformed white supremacist from Great Falls, Montana, told the Great Falls Tribune: “The KKK is for a strong America. White supremacy is the old Klan. This is the new Klan.”

Except for the sheets.

Last year, Abarr met with members of the NAACP in Casper, Wyo, and became inspired to organize a peace summit with the NAACP and other religious groups in the summer of 2015.

“I thought it was a really good organization,” Abarr told the NAACP. “I don’t feel we need to be separate.”

Abarr said his chapter of the KKK is a fraternal organization seeking members who want to fight against a “new world order” or a one-world government, which he is afraid the federal government is trying to achieve.

The Feds, Macys, it’s all the same.

No one knows how many Blacks and Jews are standing in line as we speak, waiting to register and pick up their official sheets for the Mrs. to sew at home. We’re thinking anywhere from 1 to 7.

But the Klan Klassic is not happy with all this message of diversity thing.

Bradley Jenkins, Imperial Wizard of the KKK, told the press: “That man’s going against everything the bylaws of the constitution of the KKK say. He’s trying to hide behind the KKK to further his political career.”

In 2011 Abarr ran on the Republican ticket for Montana’s House seat in Washington, DC.

Because somebody has to. 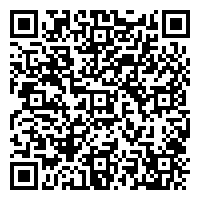