From one end of the world to the other, Muslims deny that ISIS – the Islamic State in Iraq and Syria terrorist organization – has any real connection to Islam.

Including some Muslim groups that one might consider radical at best.


A spokesperson for the intelligence agency of the Free Syrian Army, itself composed of Muslims, told reporters that ISIS sleeper cells have embedded themselves close to Israel’s northern border. They try to ingratiate themselves with the locals, offering food or financial aid, but they don’t find many takers.

Why bother with small villages like Sahem Al-Jawlan and Hayt, near the Syrian-Jordan border? Because ISIS wants to control as large a swathe of territory as possible. But according to the FSA spokesperson, “We are against them wholeheartedly. They have nothing to do with Islam, which they merely use as a cover.”

Another Muslim who wholeheartedly denies that ISIS has any connection to Islam is Yosef Abobaker, Steven Sotloff’s former guide in Syria.

Abobaker was the fixer who took Sotloff into the country, and was captured together with the Israeli American journalist by ISIS terrorists. However, unlike Sotloff, he was later freed because he had once fought together with Syrian opposition forces against President Bashar al-Assad.

In an interview with CNN published Tuesday, Abobaker told the story of their relationship and said he had done his best to save Sotloff, adding that he expected U.S. officials to question him following the journalist’s death. “They can find me. It’s easy. But no, nobody tried to contact me,” he remarked.

At least one border guard on the Syrian-Turkish border had been paid as an informant by ISIS, he said, and notified the terror group the minute they crossed the border. His captors had accents from Morocco, Libya and Algeria, he noticed. After 15 days, he was let go, but Sotloff was held and eventually moved twice before he was beheaded by an ISIS terrorist with a British accent.

“I send a message to the world to say it’s not really Islam,” said Abobaker. “They are liars. I say that to all the people. They are not Muslims.”

Two the leading voices in the Muslim world denounced the persecution of Christians in Iraq by ISIS. One was Iyad Ameen Madani, secretary-general for the Organization of Islamic Cooperation, which represents 57 countries and 1.4 billion Muslims. Madani said bluntly that ISIS fighters “have nothing to do with Islam and its principles that call for justice, kindness, fairness, freedom of faith and coexistence.”  The other was Turkey’s top cleric and technically the spiritual successor to the caliphate under the Ottoman Empire. Mehmet Gormez said that Muslims should not be hostile towards “people with different views, values and beliefs, and regard them as enemies… an inability to peacefully sustain other faiths and cultures heralds the collapse of a civilization,” he told Reuters in an interview.

One hundred Sunni and Shi’ite religious leaders from the UK also denounced the group, saying in a video they produced they had “come together to emphasize the importance of unity in the UK and to decree ISIS as an illegitimate, vicious group who do not represent Islam in any way.”

The largely apolitical Muhammadiyah group, with 29 million members, also came out against ISIS. Secretary Abdul Mu’ti said, “.. This [group] is not in the context of religion. We all need to question the group’s goals. Don’t just follow radicals who tried to win their own wars in other countries; we will be the ones to suffer losses.”

Even CAIR – the Council on American-Islamic Relations – the largest Muslim group in the United States (which is not particularly moderate) has called ISIS “un-Islamic and morally repugnant.” 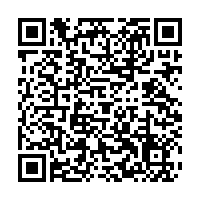