The IAF “Gulfstream” Squadron hosted the NATO Course for air traffic controllers last week in Nevatim Airbase to learn to operate in the English language according to NATO’s military tactics.

“We began adopting some of the American controlling regulations in 2001”, said Lt. Col. (Res.) Erez Reyvit, the course commander. “NATO’s military tactics are unique, organized, reflects a more clear image of the enemy and cannot be deviated from and therefore the learning process is difficult and requires a lot of practice”.


Corporal Meytal Linzer, a simulator instructor from the “Gulfstream” Squadron and the leader of the course, explained:

The instructor set the aerial image the controller sees on his screen and we change it and take it and increase the level of difficulty to make it harder to decipher. After each sortie we debrief them in order to create progress and independent learning process

IAF Lt. Col. Sigal Benglas said, “The biggest difficulty if obviously the language. You have to adopt a completely different way of thinking and get used to the orders given in English, which are also sometimes different from their Hebrew translation.” 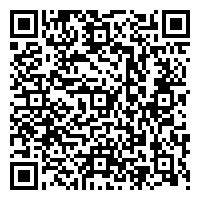