Bedouin villagers attacked a group of Israeli soldiers Sunday as the soldiers tried to issue demolition orders for their illegal encampment near Beer Sheva.

The attack was not the first time villagers from the encampment have attacked Israeli officials: Several people were injured last August when Bedouins demanded Israel rescind the demolition orders and cancel the Prawer Plan to settle Bedouins in recognised towns around the Negev.


About 1,500 people live in the village, near the Bedouin town of Khoura. All the structures in the town are illegal, meaning Israel does not collect national or local taxes on the land.

In 2007 the encampment was declared a closed military zone, but families refused to vacate the land. Since then, residents have waged a legal battle against Israeli authorities and have consistently rejected Israeli offers help villagers find substitute residences in exchange for the homes they will have to move. 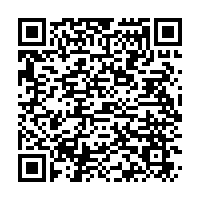