(JNi.media) Prime Minister Benjamin Netanyahu on Thursday said that the rules of engagement will be changed in light of numerous stone-throwing incidents on the Temple Mount and elsewhere. He reiterated the need to treat throwers of stones and Molotov cocktails as terrorists. Netanyahu spoke at the inauguration of the railway line from Netivot to Be’er Sheva.

The Prime Minister has already approved the initiative of the Public Security Minister Gilad Erdan, to use sharpshooters against rioters firing petrol bombs in Jerusalem. Erdan proposed the sharpshooters use Ruger rifles, a highly accurate sporting weapon, using small caliber bullets to reduce the possibility of death.


On Tuesday night, security professionals told the prime minister that a planned change of the rules of engagement required more time, but Netanyahu insisted on an immediate plan to change the rules of engagement in the entire Jerusalem, Judea and Samaria areas. He requested imposing severe punishments on stone and firebomb throwers, with very heavy penalties for minors and their parents.

According to Israel Today, during the Tuesday night discussion participants weighed five year prison terms for stone throwers, 10 years for throwing Molotov cocktails, coupled with a $25,000 fine and the confiscation of property in lieu of payment. Netanyahu asked Justice Minister Ayelet Shaked and Internal Security Minister Gilad Erdan to make sure that it would be feasible to apply the penalties, stressing they were important deterrents.

The Prime Minister on Wednesday visited the area in east Jerusalem where Alexander Leblovitz, 64, was murdered by a stone thrower on the eve of Rosh Hashanah, and Route 443, where there have been multiple incidents of stone throwing. Netanyahu stated after the tour: “We’re changing the policy. The current situation is not acceptable to us, and we intend to provide the tools to both soldiers and police to act firmly against stone and Molotov cocktail throwers. … We are going to adopt changes in the rules of engagement and in minimum sentences, applying minimum sentences for throwers of Molotov cocktails and stones.”

In a sobering note to Israeli Arabs, who have been throwing rocks at Jewish-owned cars inside the green line, Netanyahu stressed “I’m not just talking about the routes leading to Jerusalem or about Jerusalem proper, I am also talking about the Galilee and the Negev.” 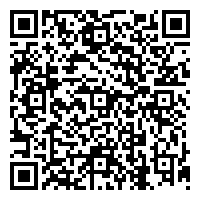