Prime Minister Benjamin Netanyahu warned Sunday that Israel will not continue to accept rocket fire from Gaza, and said that either Hamas would put an end to the rocket fire – of that the IDF would.

Speaking at a meeting of the Knesset Foreign Affairs and Defense Committee the morning after 15 overnight rockets attacks pummelled Israel’s Gaza Belt region, the prime minister said, ”I want to make clear that if the ceasefire [that lead to the end of Operation Pillar of Defense] is violated and the rocket fire continues, there will be only two options: either Hamas will reign in the rocket fire, or we [Israel] will.

Netanyahu’s warning came after a tense weekend during which two Palestinians were killed and several injured in a series of retaliatory attacks on terror infrastructure by the Israel Air Force.

International response to the rocket fire was tepid. In Washington, State Department spokeswoman Jen Psaki called on the Palestinian Authority to “do everything in its power to prevent attacks from Gaza into Israel,” but then continued to “acknowledge the reality that Hamas currently controls Gaza.”

Last week, the Times of Israel reported that Hamas police had detained several terrorists for firing rockets at Israel, although the report also noted that the arrests had not appeared in Palestinian media.

Across the Atlantic, State Department spokeswoman Jen Psaki called on the Palestinian Authority to “do everything in its power to prevent attacks from Gaza into Israel,” but then continued to “acknowledge the reality that Hamas currently controls Gaza,” apparently a statement of frustration that while it would really be great if the Palestinian Authority had the ability to assert its authority over the territory it ostensibly controls, indications to the contrary will not hinder US contacts with the terror body.

Further north, the United Nations remained silent on the rocket attacks, but a condemnation of the abduction of Eyal Yifrah, Gil-Ad Sha’ar and Naftali Fraenkel came from an unexpected source: The Committee on the Exercise of Inalienable Rights of the Palestinians, which condemned the boys’ abduction before launching in to a predictable statement about Israeli culpability for the incident and Palestinian self-pity for the hardships caused by Israel’s response to the kidnapping.

“The Bureau joins the international condemnation of this abduction, including by Palestinian President Mahmoud Abbas.  (But) it wishes to remind Israel, at the same time, that it bears full responsibility for the security of those Israeli citizens that it has illegally transferred to the territory it occupies. …’heavy-handed’ Israeli military operations… (make it) obvious that the actual goal of these actions has been to undermine the recently formed Palestinian National Consensus Government.”

The Committee statement stopped short of calling for the rocket fire to end, but did take care to calle “upon the international community to adopt concerted action to stop Israel’s illegal and provocative actions.”

Despite the attempts to differentiate between Hamas rocket terrorists and those associated with other groups, Finance Minister Yair Lapid said clearly that Israel holds Hamas responsible for all attacks launched from Gaza Strip.

“Even when the rocket is fired by some rogue group at Sderot or Israel’s southern communities, we view Hamas as responsible, because Hamas is in charge of the territory. The fact that recent attacks came from Hamas controlled (refugee camps) is irrelevant because Hamas is the sovereign in Gaza. 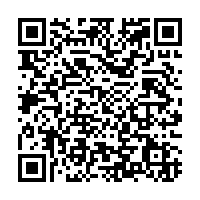