Israeli Prime Minister Benjamin Netanyahu on Thursday decried violence against African migrants following a night of violent protest and promised the problem of African infiltrators would be solved.

“There is no place for either the expressions or the actions that we witnessed last night,” said Netanyahu one day after a demonstration in south Tel Aviv against illegal African migrants turned violent. “I say this to the public at large as well as to the residents of south Tel Aviv, whose pain I understand.”


“We will complete construction of the fence within a few months and we will soon begin repatriating infiltrators back to their countries of origin,” he said, referring to the fence which is two-thirds complete, along the border between Israel and Egypt.

Protesters attacked African migrants who happened in their path, and smashed the windshield of a car carrying three migrants as well as other car windows. They also set trash bins on fire and threw firecrackers at police. The rioters also broke into and looted shops purported to be owned by Africans.

Yediot Achronot reported Thursday that the Public Security Ministry is considering deploying Border Guard troops in south Tel Aviv to prevent problems between residents and African migrants, and to fight crime associated with the migrants.

Israel’s Justice Ministry announced Wednesday that migrant workers from South Sudan will be returned to their country after it is established that they are not eligible for political asylum.

More than 50,000 African migrants and asylum seekers are living in Tel Aviv alone, according to government reports. Most entered through the border with Egypt.

On Sunday, Netanyahu said that the surge of illegal African migrants into Israel “threatens national security and identity.” Last week, Interior Minister Eli Yishai told Army Radio that most African migrants in Israel are involved in criminal activity and should be imprisoned and deported to their countries of origin. 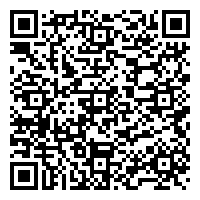