Ground Forces Commander Maj. Gen. Shlomo (Sami) Turgeman,  speaking at the Air and Land Jointness in a Complex Environment conference in the town of Zichron Yaakov, near Haifa, this week, presented the IDF Ground Force’s future project to supply soldiers in the field with equipment capable of intercepting rockets, similar to the successful anti-rocket defense system, the Iron Dome.

“Our vision is to utilize soldiers in order to combat the threat of high-trajectory missiles,” Maj. Gen. Turgeman explained. “We can use our maneuvering power at the front for advanced interception of rockets, as a sort of small Iron Dome.”


He elaborated that the new system, which soldiers can carry with them, will enable rocket interception on enemy territory and will provide a quick method of accurately locating launch sites.

“In addition to preventing casualties among civilians and soldiers, the new system will provide information in real time on what the enemy is firing and from where. This way of locating rockets will let us close the fire circle in seconds.”

“In order to accommodate our growing fire capabilities to the crowded, urban battle environment, we must take the same weapons that so far have been concentrated at the division level, and move them to a firepower headquarters in each brigade,” he said. “The brigade firepower headquarters will know how to utilize the advanced capabilities that we have built over the course of decades, while harnessing comprehensive intelligence that will reach the fire headquarters. This will be a very effective body – a shrunken and efficient command.”

The ground forces commander also discussed the threat of anti-tank fire, which he said posed “the challenge that most influences our maneuvering tactics.” In coping with this threat, he said, “the forward battle crews, which so far have been relatively visible on the battlefield, will receive new capabilities. We will greatly expand the intelligence power of the combat soldiers. In real time, they will receive information from all levels – visual intelligence, field intelligence, intelligence from wiretaps, and information assembled everyday. It will all reach the soldiers in the field.” 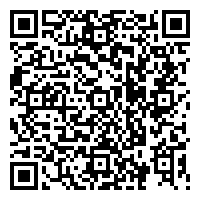