Prime Minister Benjamin Netanyahu headed to the United States this weekend for a five-day visit filled with speaking engagements, politics and top-tier meetings at the White House.

The prime minister told reporters as he boarded the plane to leave Israel with his wife Sara on Saturday night that he was “leaving on an important visit” to meet with the president and address the annual AIPAC conference. “In the conversation with the president I will thank him on behalf of the Israeli people for moving the American embassy to Jerusalem, in honor of the State of Israel’s 70th Independence Day.”

Israeli media reported last week the prime minister plans to invite the president to Jerusalem for the opening of the new embassy on Israel’s 70th Independence Day.

Netanyahu said, however, that “first and foremost” he would discuss Iran with Trump, ahead of the decision on the nuclear program. “We will discuss Iranian aggression in our region in general and regarding the Iranian nuclear program in particular. I will also discuss with the president about advancing the peace process. Advancing these issues is important for Israel and for the security of the entire world,” he added. 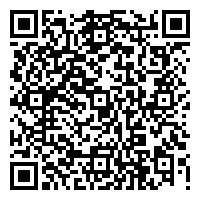