Bar-Yosef, 62, is married with four children and three grandchildren. He filled the position of deputy head of the National Security Services from 2009 until six months ago.

Prior to that, between 2004-2009, Bar-Yosef led the Foreign Affairs and Defense Committee of the Knesset as well as the Committee for the Defense Budget.

He served in the IDF for 25 years and was discharged with the rank of brigadier-general. During his most recent posting, Bar-Yosef headed a Naval Force division responsible for military equipment.

Netanyahu praised the experience of Bar-Yosef and expressed confidence in his abilities to deliver results in his new position.

“Brig. Gen. Avriel Bar-Yosef is extremely experienced in security and state matters in both the IDF and the National Security Services. He will know how to translate his experience and qualifications for the good of Israeli security,” Netanyahu said.

Bar-Yosef also expressed gratitude to the prime minister for the nomination: “I am grateful to the prime minister for the faith that he has placed in me. I am grateful to be able to widen my responsibilities and confront the challenges that stand before us. I will do all that is required in order to succeed in my post for the sake of the State of Israel.” 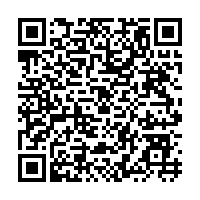