The Israeli government has committed to investing more than NIS 1 million in boosting efforts to encourage Jews from Brazil to move to Israel. Only 191 Brazilian Jews moved to Israel last year while 750 of them are expected to arrive by the end of 2016. Brazilian Olim form the seventh largest group of immigrants to Israel.

The Knesset Committee for Aliyah and Absorption announced on Monday evening, February 22 that NIS 1,180,000 will be spent on a variety of programs and initiatives aimed at addressing common problems that Brazilians face after having immigrated to Israel.

The money will also go towards increasing the number of Jewish Agency representatives in Brazil to encourage aliyah, provide preparatory aliyah seminars, and to finding full-time employment for new immigrants prior to their move to Israel.

Additional emphasis will also be placed on preparing prospective students for the psychometric exams required by universities and on increasing the number of Hebrew courses in Brazil.

Committee Chairman and Likud MK Avraham Naguisa called for the improvement of the absorption of Brazilian Jews by increasing the number of Portuguese speakers available to guide them and assist them once they move to Israel.

Gladys Berezowsky, manager of the Beit Brasil [Brazil House] organization, highlighted the lack of availability of letters translated to Portuguese from the absorption centers. Berezowsky said that dozens of applications are received daily from people who are interested in making aliyah of whom the vast majority only speak Portuguese.

Bruna Drazin, who moved to Israel in 2011 from northern Brazil, told Tazpit Press Service (TPS) that while she already spoke English, many Brazilians struggle upon their arrival in Israel due to the language barrier.

“Everything can be hard. Almost all the websites you have are in English and Hebrew and sometimes Spanish, but never Portuguese. Some people think that Spanish is the same, but it really is not. There are many people from Brazil who cannot even read Spanish,” Drazin said.

“It can really be a problem when you come here because you do not have any support here in Portuguese,” she added.

Zionist Federation representative Oded Foyer said that around fifteen Hebrew language classes will be opened while more teachers will be trained.

“Hebrew was a problem for me when I came to Israel. I never thought about creating more Hebrew language classes in Brazil, but it could be a good idea. You leave your profession when you move here and you don’t have the language at all,” Drazin told TPS.

Foyer said that the efforts to encourage aliyah will not be restricted to Sao Paulo and Rio de Janeiro, but will be made in rural areas as well. 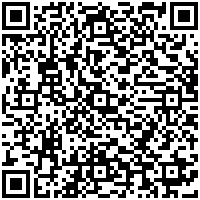