Since bursting on the national scene just two years ago, Chloé Simone Valdary has become a constant fixture in the pro-Israel world. First she created a pro-Israel group, Allies of Israel, on her University of New Orleans campus. Then she started writing about Israel and calling out the hypocrisy of the anti-Israel crowd. Soon thereafter Valdary became a much-in-demand motivational speaker and writer for many different pro-Israel organizations and websites. And she keeps expanding the areas in which she comes to the forefront of the pro-Israel youth movement in America.

This summer Valdary was an intern at one of the most successful and well-established pro-Israel organizations, the Committee for Accuracy in Middle East Reporting in America (CAMERA), in Boston.


During her stint with CAMERA, Valdary worked on many different projects, but she also created one of her own. It’s called “My Zionism.”

“My Zionism” is a vehicle for reaching American youth and helping them to learn about Zionism:  “the national liberation movement of the Jewish people, and one of the world’s greatest civil rights causes of all time.”  The project went live on Wednesday, August 13.

Valdary spoke with The Jewish Press the night before the official launch of  “My Zionism.” We asked her about the goals of the project.

One of the ways “My Zionism” works is through reintroducing the art and the poetry of the early phases of the Zionist movement. There have already been several generations of Diaspora Jews who are completely ignorant of the development of the movement. “My Zionism” intends to change that.

“The ‘My Zionism’ project is part of CAMERA’s overall campaign to instill in students the inspirational messages of Zionism. They need to know about our heroes and their incredible achievements,” Andrea Levin, CAMERA’s executive director told The Jewish Press. “Chloe Valdary, who authored this project, has been a brilliant addition to our team during this challenging summer.”

In Tel Aviv, British Experts Warn of Anti-Semitism Across the UK 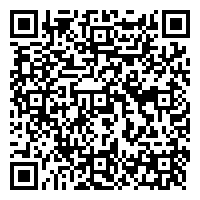