New York State has banned a range of popular laundry detergents and cleaning products in a move intended to protect consumers from a chemical that may cause cancer.

New York is one of the first in the country to ban consumer cleaning products that contain too much of it.

The National Institutes of Health (NIH) recently issued a health advisory on 1,4-dioxane, saying it can enter the body when people breathe air or consume water or food contaminated with it.

“People can also be exposed following contact with cosmetics, shampoo, or bubble bath that contain certain ingredients in which 1,4-dioxane may be a contaminant,” according to the health advisory, adding that 1,4-dioxane does not remain in the body “because it breaks down into chemicals that are removed quickly.”

The “Matter” consumer watchdog group said that of those detergents tested last year, most came in under the limit, containing between 0.18 and 0.4 PPM 1,4-dioxane — including several from other Tide products, and those from ALL, Mrs. Meyers and Method.

According to the Consumer Affairs news outlet, the California Department of Toxic Substances Control (DTSC) describes 1,4 dioxane as “highly mobile and persistent in water and is not removed by most standard forms of wastewater and drinking water treatment.” 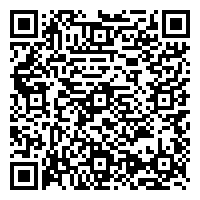