The US Supreme Court has decided to hear Groff v. DeJoy, a case involving workplace accommodations for a Sabbath observer.

The decision follows an effort last year by Agudath Israel and other Orthodox groups who joined a National Jewish Commission on Law and Public Affairs (COLPA) brief, urging the Supreme Court to hear the case in hopes of reaching more meaningful accommodation of religious practices — including Sabbath observance — for American workers.

The Case
Gerald Groff, an evangelical Christian, was a Pennsylvania mailman. When Amazon contracted with the United States Postal Service (USPS) to deliver packages on Sundays, Groff, who observes Sunday as his Sabbath, was faced with a religious dilemma.

The mailman attempted to make arrangements with the USPS to avoid working Sundays by offering to work multiple make-up shifts and even by switching postal offices. However, the Postal Service deemed this insufficient and multiple disciplinary actions were taken against him.

Facing termination, Groff chose instead to resign from the USPS and then sued his former employer for failing to accommodate his sincerely-held religious beliefs.

He was unsuccessful, with both the district court and the Third Circuit Court of Appeals ruling against him on the basis that his absence on Sunday caused an “undue burden” to the USPS.

The brief by Lewin requested the Court overturn its previous ruling in the Hardison case, stating that “changes in American society and in the understanding of the Establishment Clause justify rejection and repudiation today of a legal rule that perpetrates great injustice and harm on Sunday-observing Christians like petitioner, and on Jewish, Moslem, and Seventh-Day Adventist members of America’s work force.”

The brief also noted that because of Hardison, religious employees have a harder time receiving legal accommodation than those who need accommodation on the basis of age, gender, disability, sexual orientation, pregnancy, and paternity.

“Due to Hardison, countless people have given up or even lost employment opportunities for jobs for which they were eminently qualified. Most of these cases were not even litigated because of the high bar set by Hardison.

“By agreeing to hear this case the Supreme Court has taken one step forward to rectifying this and protecting the religious liberties of Americans in the workforce.

“We are especially pleased to add Agudath Israel’s name to an amicus brief authored by the great champion of Orthodox Jewish legal rights, Nathan Lewin. For many decades, Mr. Lewin has been in the forefront of the battle to have the Supreme Court undo the harmful Hardison ‘de minimus’ standard and ensure broad legal protections for Sabbath observers in the workplace.

By agreeing to review the Groff case, the Supreme Court gives us hope that Mr. Lewin’s tireless efforts will finally be rewarded,” Zwiebel added. 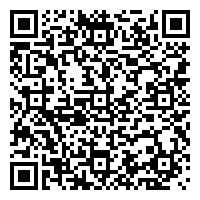