Victor Erofeyev, one of Russia’s most prominent dissident novelists, who started publishing subversive books during the Soviet era, told Spiegel that even though it’s true that Vladimir Putin’s Russia is drifting away from democracy, it would be mad for the west to isolate it at this critical moment.

“Stalin has embedded himself in our genes,” Erofeyev told Spiegel. “He tries again and again to rise from the dead. Please don’t forget that the best were killed after the October Revolution in 1917: the best aristocrats, the best of the bourgeoisie, the best officers, the best farmers – even the best workers. We, including myself, are merely the best remnants of the inferior leftovers. A nation with these genes is susceptible to Stalin. Stalin has also left his mark on my genes.


Erofeyev grew up as a child of privilege. His father was a friend of Stalin, and continued to enjoy the luxury that was the exclusive domain of party officials.

“The first years of my life were the final years of Stalin’s life,” he recalls. “I had a happy childhood — my grandmother was delighted with my appetite when I ate an entire can of black caviar for breakfast. We lived terribly well in the early 1950s in Moscow. For me, Stalinism was all about my father’s fabulous official cars.

“After this paradise, we moved to Paris, where my father soon met many artists. Picasso and Chagall used to sit at our table. It wasn’t clear whether the Stalin childhood or the France childhood was more wonderful. When I returned to Moscow at the age of 12, I realized that everything was a disaster here. In the heart of Moscow, people lived in basements with rats and no heating. I saw the deception.”

Erofeyev is as critical about President Putin as anyone: “Granted, this KGB colonel has become an extraordinary politician,” he concedes, adding: “but he hasn’t learned how to act in the public sphere. He’s also a man who doesn’t read. There are moments when I have no objections to him, and sometimes I simply don’t care about him. But when I see the ferocity with which this obviously ill-mannered man persecutes people whose opinions differ from his, I have to ask myself who is governing us.

But Erofeyev also has some surprising things to say about Putin: “If the West unanimously sees Putin as a dictator or semi-dictator, when he’s really more liberal than 80 percent of the Russians, then we’re in big trouble.”

“On the other hand,” he continues, “there are also signs of a rise in Western values here in Russia. People have an increasingly better understanding of Western books and films, many have protested against electoral fraud and they want more of a say.”

The interviewer pointed out that, twenty years after the collapse of the Soviet Union, Russia and the West are again drifting apart, and asked the novelist’s explanation.

“Europe would prefer to send Putin into retirement, and it sympathizes with those who chanted at the mass protests one and a half years ago: ‘Putin in prison,'” Erofeyev responded. “Putin has good ears and he understands that this was no joke. Why should he steer his country toward Europe if Europe wants to force him from power? If I were in Putin’s position, I also wouldn’t feel an affinity for this Europe.”

Finally, the Russian writer cautioned: “The greatest mistake that the West can make is to isolate Russia. Don’t forget that I can calmly sit here in the middle of the night and answer all the questions that Spiegel asks me without having to fear that the KGB will interrogate me the next morning to find out why Spiegel has interviewed me, and not the foreign minister. And don’t forget that we Russians can now travel freely. One week ago, I took a vacation in Portofino, Italy. I was able to simply head off and then return home.”

Anyone who grew up in the Soviet Union, even to a privileged family of party officials, can appreciate this, and would be terrified of some day having to give it up. 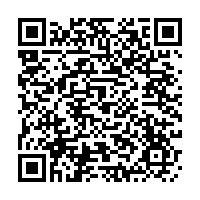