A former school nurse at the Ramaz School in New York who says she was fired for reporting a possible case of child abuse can sue the school under the state’s whistleblower law.

The New York State Court of Appeals (which is that state’s highest court) ruled on April 12 in a 3-2 vote that Joyce Villarin can sue the school for retaliatory termination, upholding a 2010 decision from Manhattan Supreme Court Justice Milton Tingling.

In 2007, a student at the school on Manhattan’s Upper East Side came to Villarin with a “prominent injury” on his cheek that he told her was inflicted by his father. The father admitted to Villarin that he had hit his son and did not express remorse, according to the lawsuit.

Ramaz encouraged Villarin, who had been working at the school for a year when the incident occurred, not to report the incident to authorities. She was fired in April 2008 after reporting the incident because the school said she was “not a team player.”

Villarin sued the school in Manhattan Supreme Court in 2009, arguing that the state’s Social Services Law obligated her to report the potential abuse. Under the law, school officials must report to state authorities a reasonable suspicion that a child is being abused or mistreated.

The majority of judges agreed with Villarin, saying that her claim “falls within both the letter and the spirit of the private-employee whistleblower statute.” The judges said if she had not reported the potential abuse she would have been subject to “civil liability for failing to report it.” 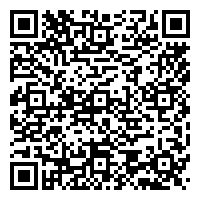