Should we be offended by this NY Post headline?

An April 13 short item in the Post, on the number of inmates inside the NYC jail system who receive kosher meals, was headlined: “20 inmates fat on glatt.”


Now, is this a suggestion that City jail kosher meals be made more healthful, perhaps with larger salad portions and less fatty, albeit kosher, meat – or was this a callused NY Post insult to Jewish criminals who are so insolent, they won’t even eat pig like a decent Christian convict?

As to the actual information in this tiny and offensive bit: The Post cites City officials who say that some 20 of the city’s 12,500 prisoners are receiving meals certified as “glatt kosher,” which the paper is only too happy to inform is “the strictest level of kosher certification.”

The Post says three servings of what it dubs “special chow” costs taxpayers $6.92 a day. Of course, this would mean that kosher prisoners would be consuming meat morning, noon, and night, which certainly would make them “fat glatt.”

David Seifman, who’s been working for the Post since 1982 and has been City Hall bureau chief since 1989, does not know, apparently, that “glatt” is not Yiddish for “really, really kosher,” but a statement suggesting the slaughtered animal in question has been examined for internal blemishes such as a punctured lung, which would have nullified its kosher slaughter.

Seifman has compared “regular kosher” with “glatt” jail food and discovered that the former costs only $6.46 a day, a whopping savings of 46 cents a day. Man, those Jew criminals are really glutton for their glatt… (I’ll bet that “regular kosher” probably means eggs, toast, meatless soup and veggie loaf, which aren’t labeled “glatt” because no cow was involved in their preparation).

Steifman adds that “halal meals are a relative bargain at $4 a day — not much more than the $3.82 standard fare served to 7,000 inmates.”

Some of that bargain may have to do with the fact that there are a great deal more than 20 Muslim prisoners in the system. I’m just guessing.

Steifman says the City is looking for new bids for its jail food. It’s a much better approach than looking for more kosher prisoners, so they could shop wholesale… 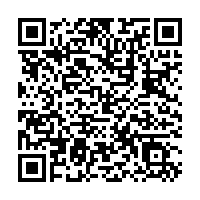