(JNi.media) The NY City Department of Education is investigating 39 ultra-Orthodox schools to verify the standards of their instruction of the most basic subjects, such as English and Math, prompted by complaints from former students, AP reported.

“These schools have been operating for a very long time, they have kind of perfected their method for pulling the wool over the eyes of authorities,” Chaim Weber, one of 52 former students, parents and teachers who signed a letter asking the city for the investigation, told AP.


AP says the investigation is secret, and the names of the yeshivas being probed have not been released. Also, out of the 52 who signed the letter to the City, only Weber and another former student, Naftuli Moster, have agreed to speak out—for fear of retaliation.

Weber told AP: “I’m worried for my kids. They could be kicked out if I named the school.”

Naftuli Moster was the founder, in 2011, of YAFFED (Young Advocates for Fair Education), a Chasidic social advocacy group based in Boro Park, Brooklyn. The group advocates for local Chasidic yeshivas to improve their secular education curricula. YAFFED uses paid advertising and appeals to government officials to promote its message.

Moster, a former member of Brooklyn’s Belzer Chasidic community, grew up in Boro Park as one of 17 children, with Yiddish as his first language. His Yeshiva offered only limited secular studies. After a stint in an Israeli yeshiva, he attended Touro College—which caters to ultra-Orthodox students, then the City University of New York’s College of Staten Island, and is now pursuing a graduate degree in Social Work at Hunter College.

“Due to our own upbringing, we are familiar with—and have been affected by—the severe deficiency of the education systems in the ultra-Orthodox world, particularly within Chasidic boys’ schools,” the YAFFED website states. “From elementary school through high school, we were provided with a rigorous curriculum in Judaic studies, including Tanach, Mishna, Gemara, Halacha, mussar, and chasidus. Our general studies education, however, was limited to non-existent.

“The cheders and yeshivas we attended often provided only the rudiments of English and mathematics, and, in some cases, not even that. In many of our schools, the brief period of ‘English’ instruction was spent with utter neglect for classroom decorum and discipline, which led, naturally, to a poor learning environment. Teachers and educators, thereby, reinforced the message that general, non-Judaic studies were of little relevance to our lives, or worse, an outright nuisance.

“In most of our schools, general studies education ended abruptly post-Bar Mitzvah, after which our academic curricula consisted of Judaic studies alone. Many of us, at that time, had only the English reading and math skills of third or fourth-graders. The New York State Department of Education states that non-public schools must offer classes in English, mathematics, reading, writing, music, arts, history, geography, science, health education, and physical education. Many of our elementary schools offered only a miniscule fraction of these, and most of our high schools, none at all.”

City Department of Education spokesman Harry Hartfield last week announced that the department was finalizing requests that would be sent to the yeshivas for lesson plans and other materials, AP reported.

Hartfield noted that in cases of yeshivas that do not provide adequate instruction in secular studies, the superintendent of schools will work with the yeshiva to develop a plan to deal with those deficiencies.

But Moster warned that “these yeshivas are very good at producing whatever kind of proof you need.” And Weber is concerned with the political clout of Brooklyn yeshivas.

However, former New York Civil Liberties Union executive director Norman Siegel has joined the ranks of advocates for better secular studies for Haredi children, and he now represents YAFFED, threatening to sue the city if its current investigation does not yield reliable results. 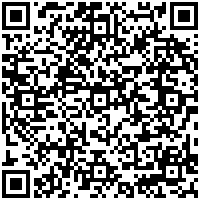