“There is no agreement signed by the SNSC undersecretary for strategic affairs and the IAEA,” Hosseini Tash said on Saturday, insisting such an issue is basically not within the framework the SNSC secretariat’s responsibilities.


His remarks came after the AP published the full text of a draft agreement between IAEA and Iran, citing Hosseini Tash as a signatory at the bottom of the document.

The AP version states that Iranian experts will help the IAEA experts in inspection of Iran’s nuclear sites.

Spokesman for the Atomic Energy Organization of Iran (AEOI) Behrouz Kamalvandi on Saturday categorically denied the AP report, saying to reporters, “It is not right as AP reported that Iranian experts instead of the International Atomic Energy Agency (IAEA) staff will inspect the country’s nuclear sites.”

He reiterated that the IAEA had remained committed to keeping Iran’s documents confidential so far, and said, “Iran’s considerations have been fully addressed within the framework of Tehran-IAEA cooperation.”

The text published by AP includes 6 points of understanding between Iran and the IAEA, including the now notorious item 3: “Iran will provide to the Agency 7 environmental samples taken from points inside one building already identified by the Agency and agreed by Iran, and 2 points outside of the Parchin complex which would be agreed between Iran and the Agency.”

The document is signed: 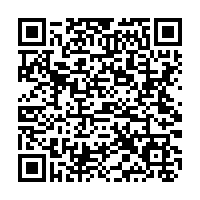