The US Agency for International Development will pour $147 million into Palestinian Authority infrastructure, education, health projects, and humanitarian aid, just six months after a funding freeze was imposed by President Barack Obama.

In October, US Congresswoman Ileana Ros-Lehtinen, (R-Fla) froze $192 million in US funding for Palestinian projects as Fatah head Mahmoud Abbas prepared to unilaterally declare a Palestinian state in the United Nations.  The bid for statehood, brought to the body in September, failed to gain international support.


Congress later released $45 million, then another $88.6 million, with limitations on where the money could be used.

On Wednesday, President Obama announced he would override Congress and release the rest of the funds without any limitations or restrictions on where the money could be used, calling the decision one which involved “national security interests of the United States.”

The United States gives approximately $500 million a year to the Palestinians, millions of dollars of which have been used to train armed forces. 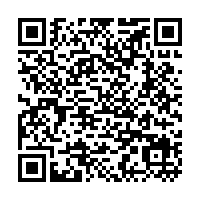