The IDF has neutralized several tunnels running from Gaza into Israel in recent months and is close to eliminating the tunnel threat, Maj. Gen. Eyal Zamir, the head of the IDF’s Southern Command, said on the opening day of the Sderot Conference for Society Monday.

“Israel is investing significant resources in constructing an underground barrier, as well as an above-ground one,” Zamir said. “We will create isolation, both above ground and below, between the citizens of Israel and two million Gazans and terror organizations.

“This is an operational success that combines multiple capabilities, some of them groundbreaking.”

Zamir said however that construction would take time, but once completed, the barrier would give residents of the Gaza periphery “an unprecedented level of security” and would rid Israel “of the threat of tunnels being dug into our territory.”

Zamir said he could not say whether another Gaza war was imminent, but vowed that “the barrier will be completed. With or without a military campaign.” 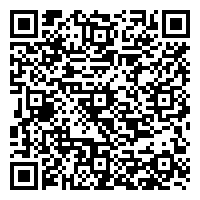