(JNi.media) The Palestinian economy lost about $1.3 billion since the beginning of the recent wave of terrorism, Azmi Abdul Rahman, the official in charge of economic policy in the Palestinian Economy Ministry told Ma’an on Monday. According to Abdul Rahman, the provinces hit the hardest are Hebron, Bethlehem, Ramallah, Shechem and eastern Jerusalem, which used to welcome tens of thousands of Muslim worshipers, is standing empty now, which severely damages the Palestinian merchants in town,” he said. In addition, Abdul Rahman said, “60% of the businesses in eastern Jerusalem are now in danger of being closed down according to orders issued by Israel,” which he expects would bring up the poverty rate in the city to about 90%.

As a result of the escalation in violence, there was a sharp loss in Palestinian GDP following a drop in the size of the Palestinian labor force in Israel, both inside the “green line” and in Judea and Samaria, with preliminary figures standing at around $65 million, according to the Palestinian Ministry of Economy. Also, according to Abdul Rahman, the increased clashes between enthusiastic Arab youths and IDF soldiers over the past three months have sent to PA hospitals an estimated 6,000 injured, costing the Palestinian Authority coffers a whopping $65 million.


There are no hard and fast figures on the PA annual GDP, but it is estimated to hover between a low of $3 billion and an all time high, in 2012, of $6 billion. Israel’s annual GDP currently stands at $304 billion.

Another sector affected is Palestinian tourism, which lost between $130 and $155 million, as a result of cancellations by thousands of foreign tourists who had originally planned to reach eastern Jerusalem and Bethlehem on Christmas and New Year’s Day. There has also been a sharp decline in internal tourism from the Gaza Strip to the PA for the same holidays, because of Israeli curbs on travel between the two Palestinian run enclaves.

Personal income took a deep dive over the past three months, according to Abdul Rahman, due to the complexities of checkpoints imposed on the entrances to Palestinian settlements by the IDF, to prevent stabbing attacks, stone and Molotov cocktail throwing, and the rampant running over of Israeli civilians. The Arab worker paid for that added security around $90 million in lost wages.

Palestinian banks have taken very heavy losses, says Abdul Rahman, the result of money circulation in the Palestinian market reaching paralysis because of of fears of investment in various economic sectors. The overall estimated deposits in Palestinian banks today is $3.9 billion.

The Economic Policy Director of the Ministry of Economy sees many practices that can be followed to reduce the size of the Palestinian economic losses. He advocates moving away from Israeli consumer goods in favor of locally made products, as well as opening direct trade relations with Arab and other foreign countries, independent from the Israeli economy.

Well, what was he expected to advocate, to stop stabbing Jews? 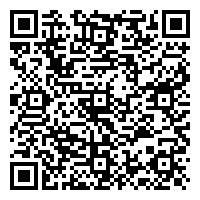