Hebron (TPS) – As Israel celebrates Jerusalem Day on Sunday, June 5, residents of Hebron are marking 49 years to the liberation of the Tomb of Patriarchs the following day, and recalling the leaders who led the re-establishment of the ancient Jewish community of Hebron.

Following the Six Day War that reunified Jerusalem and placed Judea, Samaria and Gaza under Israeli control, a newspaper advertisement in 1968 called for families and singles to resettle the ancient city of Hebron. The advertisement directed those interested to contact Rabbi M. Levinger, who later led several families to spend the Passover holiday in the Park Hotel in April 1968.


One of those families was Rabbi Yair Uriel and his wife Yocheved. At age 18, Yocheved, a St. Louis native, made aliyah to Israel, having grown up in a religious Zionistic home in the USA. A few years later she would find herself and her young family living in Hebron, a city that she had learned about as a child during Tanach class.

“To be in Hebron felt out of this world. When I was growing up, Hebron was not in our hands and to suddenly be part of this historical move was a miracle,” she told TPS.

There were 87 people including Rabbi Levinger and the Uriels with their two young children, who celebrated the Passover seder in the Hebron hotel, having paid the hard-up Arab owners with an envelope full of cash. Rabbi Levinger announced to the media two days later that the group would remain in the hotel in order to re-establish the Jewish community of Hebron, whose presence dated back to Biblical times through the Byzantines, Mamelukes, and Ottoman periods.

During Jordan’s rule of Hebron from 1948 – 1967, Jews were not allowed to live in the city or visit at the Jewish holy sites of the city including the Tomb of Patriarchs. The Jordanians razed the Jewish quarter and built an animal pen on the ruins of the Avraham Avinu synagogue, which had been built in 1540 by Jewish exiles from Spain.

“We were one of the four families that continued to stay at the hotel, after most of the people had left,” continued Uriel, the mother of 12 children. “We thought we could live in co-existence with the Arabs.”

The Labor-led government at the time, Levi Eshkol, decided to temporarily move the group to a nearby IDF compound. “We lived with the army for 3.5 years,” recalled Uriel. The Uriels eventually moved to the community, Kiryat Arba, which was built adjacent to Hebron on a bare hilltop. Hebron’s Jewish community was permanently reestablished in April 1979, when a group of Jewish women led by Rabbi Moshe Levinger’s wife, Miriam, entered Hebron’s Beit Hadassah, a building that had been built by North African Jews in 1893, and where later the Hadassah Organization opened a clinic, providing free medical care for Jews and Arabs.

“Rabbi Moshe Levinger changed history,” said Hebron’s spokesman of 23 years, Noam Arnon who has been living in Beit Hadassah with his family in Hebron and Kiryat Arba for over 40 years, and helped to renovate Hebron’s ancient Avraham Avinu synagogue.

“I remember the Six Day War and the powerful impression it left on me as a child. Hebron was a city beyond our imagination,” said Arnon who grew up outside of Kfar Saba.

“Every time an archeological piece of our history is discovered here, I feel even more firmly rooted in this city. Our history here goes back thousands of years,” said Arnon in reference to the excavations of the Israel Antiquities Authorities in Tel Hebron (Tel Rumeida) which have revealed remains of a home from the First Temple period, a seal inscribed in Hebrew with the word king and Hebron written on it and an ancient stone wall from the Bronze Age, and many other findings. “We cannot be conquerors or occupiers when this is our home.”

The grandson of Rabbi Moshe Levinger, Tzvi Elimelech Sharbaff, a father of four, who grew up in Hebron and today lives in Kiryat Arba, agrees. “Hebron has always been close to the heart of the Jewish people. It is the second holiest city to us.”

“After the Six Day War, my grandfather left everything he was doing, and came to this city. There is a story about my grandfather, how when he was a child, his older brother found him crying. When he asked him what was wrong, my grandfather said he was crying over Hebron.”

“For my grandfather, settling Hebron, and Judea and Samaria was his life mission. He saw it a great responsibility to watch over the Tomb of Patriarchs. He would always go there every morning and evening.”

Rabbi Moshe Levinger, the spiritual leader of the Jewish community in Hebron, passed away last year at the age of 80. Today, there are about 800 Jews who live in Hebron, including 75 families. The city has seven synagogues and several kindergartens, while residents do their grocery shopping, and get medical, bank, and postal services in Kiryat Arba.

As a father of four, Sharbaff said that he and his wife are educating their children to continue to live their grandfather’s legacy. “I see our children continuing to live in Hebron and Kiryat Arba even when they are grown up,” he told TPS. 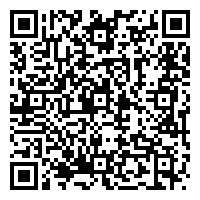