On the eve of Yom HaShoah, Prime Minister Benjamin Netanyahu’s cabinet on Tuesday adopted the recommendation of the Prime Minister, Finance Minister Yuval Steinitz, Deputy Minister for Senior Citizen affairs Leah Nass and Knesset Finance committee Chairman Moshe Gafni, and decided to increase the budget for the basket of services for Holocaust survivors, setting it at NIS 225 million for 2012.


At the start of Tuesday’s Cabinet meeting, Prime Minister Netanyahu said, “Today’s decision adds to the many actions we have taken in recent years on behalf of holocaust survivors. We want to remember those who perished, the six million brothers and sisters, and heed the lessons of the Holocaust in order to ensure the future of our people.”

According to Deputy Minister for Senior Citizen Affairs Nass, there are some 200,000 Holocaust survivors currently living in Israel, 70,000 of whom lived in concentration camps and ghettos. “In recent years, we have succeeded in reaching 120,000 survivors, helping them utilize their rights and receive the Government assistance to which they are entitled.” 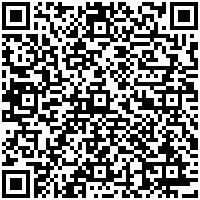