The shooting incident at Egyptian border that claimed the life of Cpl. Natanel Yahalomi last Friday, was the first combat encounter of Cpl. S. and her comrades of the Caracal Battalion, Yedioth Ahronoth reported Monday.

“I thought about my the parents,” she told the men and women of her unit. “I told the wounded man ‘You’re a hero, I know you’ll be strong.'” In the end, her message is: “be as warrior-like as you can.”

She related how it all began: “Suddenly we heard over the com system a female soldier yelling ‘They’re shooting at me, they’re shooting at us.’ I said the driver – ‘Take us to her as fast as you can, and while he’s driving, I’m thinking I have no idea what I’m going to see. We all had no idea what we’re going to see, really. It was the first encounter with terrorists for me and for the battalion.”

S. attempted to minimize her own role and stress the competent performance of her brothers and sisters in arms: “I thought about the female soldier we had heard over the com-line and was afraid for her. She deserves all the praise, no less than I do. She alerted the forces to get over there.”

According to a report in Kol Israel Radio Monday morning, a large contingency of troops spent more than an houring searching for that other female soldier, who had given the original alert. They feared the worst – that she had been abducted by another team of terrorists. In the end it turned out that she had been hiding in perfect silence in the bushes nearby.

Once she realized that Cpl. Yahalomi could not be saved, “I knew we were in mortal danger,” she continued. Then S. managed to accurately hit one of the terrorists who carried powerful explosives on his person – and she prevented him from blowing up near the soldiers.

“One of the terrorists blew up right before our eyes, and parts of him were flying in every direction,” said Cpl. S., “then, after the shots started, I began to understand what was happening, where we were and from where the terrorists where shooting at us.”

After assaulting and shooting from a prone position, S. and her comrades returned to the wounded man, Matti Yelovsky, who is recovering from his injuries in Soroka hospital.

“I went back to him and said, ‘Be strong, you have stomach injuries.’ He told me he knew that and was in pain, so I asked him to stay alert despite the pain. ‘You are a hero, I know you’ll be strong,’ I told him. We loaded him on the stretcher in the hospital I continued with my commander.”

According to the Kol Israel report, the female soldier who hid in the bushes admitted that she was afraid to open fire in order not to become a target for terrorists.

It has also been reported that the brigade commander interrogating the female soldier told her she did not act as befits a warrior. “You were scared, ran away and did not seek to engage the enemy,” he said.

The soldier replied, “I had no chance against them.” 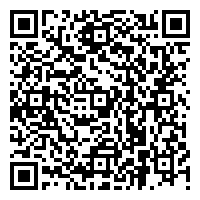