(JNi.media) A group of Orthodox Jews who live in LeFrak City, a large cluster of 20 residential high-risers for rent in Corona, Queens, are claiming discrimination after the building management has installed lobby doors that require electronic key. Using the keys constitutes a violation of Shabbat laws, to the New York Daily News reported.

Tenants Sulaymon Ibragimov, 26, and Murod Takhalov, 45, are suing the LeFrak Organization for religious discrimination under the Fair Housing Act.


“Halacha, the Jewish law, prohibits Jews from breaking or creating an electric circuit on Shabbat, and during certain days of observance such as Yom Kippur, Rosh Hashanah and Passover,” according to the suit, which was filed in Brooklyn Federal Court.

The plaintiff allege that a building manager told them to “Go somewhere else if you don’t like it.”

The plaintiffs also say that they can’t use the elevators on Shabbat, because using them would also violate Jewish law.

“It’s like praying for a miracle to stand outside waiting for someone to come and open the door or someone to use the elevator,” Ibragimov told the Daily News. “I’ve also missed services at my synagogue many, many times.”

The suit claims Jewish tenants are forced to stand outside the building in inclement weather “and in the dark of night.”

Using an umbrella on Shabbat is also prohibited by Jewish law.

“There are rules in every faith and I want LeFrak management to respect every religious belief,” Ibragimov told the Daily News.

A spokesperson for LeFrak said that the electric key system was installed in compliance with federal Department of Housing and Community Renewal rules and regulations.

The plaintiffs’ Attorney Daniel Markowitz wants the complex to install one door in each building with a regular lock; he also demands Shabbat elevators, programmed to stop on every floor without any buttons being pressed, on Shabbat and holidays.

LeFrak City has a Jewish center on its campus, according to the Daily News, but Ibragimov prefers a synagogue a few blocks away. 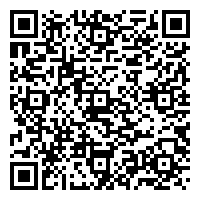