A crucial decision awaits all New Yorkers when they step into the voting booths on November 4, a decision that can affect over 100,000 yeshiva and Jewish day school students in New York.

On November 4, New Yorkers get the opportunity to vote “yes” for the Smart Schools Bond Act of 2014.

What does this bond act mean for you? The act can provide up to $32 million to yeshivas in NY to buy much-needed technology equipment.

“If passed, the Smart Schools Bond Act has the ability to bring additional resources to Yeshivas and Jewish Day Schools which will enhance the learning experience for our children.,” said Jeff Leb, New York State Director for OU Advocacy, the non-partisan public policy arm of the Orthodox Union.

The Orthodox Union has launched an extensive get out the vote campaign to urge all New Yorkers to ensure their voices are heard on Election Day. Take the pledge to vote YES today.

The Orthodox Union is asking New Yorkers to join them on this key issue and take the pledge to vote YES on November 4th for the Smart Schools Bond Act. 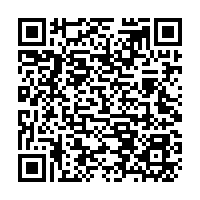