For the statement by the Rebbetzin’s family, please click here.

Rebbetzin Esther Jungreis, pioneer in Jewish outreach, founder of the international Hineni organization, and Jewish Press columnist for more than fifty years, passed away Tuesday at the age of 80.

Rebbetzin Jungreis was born in Szeged, Hungary, in 1936, where her father, HaRav Avraham HaLevi Jungreis, was chief rabbi.

In 1947, after going through the horrors of the concentration camps and the Holocaust, the Jungreis family arrived in Brooklyn, where the Rebbetzin married a distant cousin, HaRav Meshulem HaLevi Jungreis. The couple settled in North Woodmere, New York, where Rabbi Jungreis was the spiritual leader of Ohr HaTorah.

The Rebbetzin and her husband embarked on a lifelong mission devoted to combating the ravages of secularization and assimilation in the United States.

It was in the early 1960s that Jewish Press publisher Rabbi Sholom Klass and his wife, Irene, met the Jungreises at the old Pioneer Country Club in upstate New York. Impressed by the Rebbetzin’s dynamic style and passion for helping others, the Klasses suggested she write a weekly column for the paper.

The column, Rebbetzin’s Viewpoint, soon debuted and became the longest running column in the history of The Jewish Press. Letters come to the Rebbetzin from readers all over the world who hoped to see their questions answered in the paper.

“I wanted the word ‘rebbetzin’ to be part of the column’s title,” Rebbetzin Jungreis said, “because I wanted young women to realize what a noble position it is to be a rabbi’s wife.”

In an interview last year with Naomi Klass Mauer, Rabbi Klass’s daughter and the current publisher of The Jewish Press, the Rebbetzin described her connection to the paper as a deeply personal one:

“Despite many offers from other periodicals,” she said, ‘I have only to picture your holy father and your very special mother, whom I loved, to know why I continue to write for The Jewish Press.”

Rebbetzin Jungreis’s interest in outreach – kiruv – went back to her girlhood years.

“The idea of bringing people back to Yiddishkeit was inside me from my childhood,” she told Mrs. Mauer. “It really started back when my father would encourage me to bring in the neighborhood children. But the older I got the more I realized how great the mission really was. I was asked to speak at a Young Israel collegiate convention. I looked out at the audience and told myself, ‘If I were to have an organization, I would speak to reach people, to wake people up. I would even speak in Madison Square Garden to students and young people. I would call it Rock and Soul, to wake up their souls.’

“From there the idea grew. My father was always encouraging me to reach out and before I officially started Hineni I asked him to take me to all the rabbanim for a berachah. He took me to chassidic rebbes and yeshivish rabbis, to Rav Moshe Feinstein and Rav Yosef Soloveitchik, among others, and all gave me their blessings.”

Shortly after Hineni was launched in 1973, the Rebbetzin’s vision of speaking at Madison Square Garden became a reality, and Hineni became a worldwide movement, leading an uncountable number of Jews to Jewish observance.

Traveling the world to spread the message of Torah, the Rebbetzin somehow found the time to author several best-selling books including The Jewish Soul on Fire, The Committed Life, The Committed Marriage and Life Is a Test.

She was recognized by numerous world leaders for her work. She shared a mutual admiration with President George W. Bush – not only was she asked to deliver a benediction at the 2004 Republican National convention, President Bush also appointed her to serve on the honorary delegation that accompanied him to Jerusalem for the celebration of the 60th anniversary of the state of Israel in May 2008.

The Rebbetzin was not one to let advancing age prevent her from pursuing her outreach work, even a broken hip and a torn meniscus. Through her later years she lived life at a pace that would have exhausted someone half her age.

Asked about her vitality, she credited – what else? – Jewish Scripture.

“I take my inspiration from Tehillim,” she told Naomi Klass Mauer. “The psalm for the Sabbath day – Psalm 92, verses15-16: ‘They are vibrant and fresh even in ripe old age and proclaim how our Lord is right, His word inerrant.’ ”

Rebbetzin Jungreis is survived by her children Chaya Sora Gertzulin, Rabbi Yisroel Jungreis, Slovi Wolff, and Rabbi Osher Jungreis, and by many grandchildren and great-grandchildren. (The Rebbetzin’s husband passed away in 1996.)

The levayah took place Wednesday morning at the Agudath Israel of Long Island in Far Rockaway. 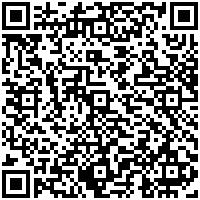