Israel’s security forces have recently arrested an Arab from the Hebron Area who is suspected of shooting at IDF soldiers during a riot in May, while the IDF was engaged in Operation Guardian of the Walls.

The Shin Bet stated Tuesday that it arrested Muhammad Jabarin, 31, a resident of Sa’ir in the Palestinian Authority, for shooting at IDF soldiers on May 12 during a violent disturbance of dozens of Arab rioters that took place near Sa’ir, in the Hebron area.

During the disturbance, shots were fired at IDF soldiers that were facing the rioters, as a result of which a soldier was hit by two bullets, one in the helmet and another in the walkie-talkie he was carrying. He lost consciousness for a short while but incurred no bodily injuries.

As part of the investigation into the attack, which included “complex and varied intelligence actions,” the terrorist Jabarin was arrested.

He has previously been sentenced to 10 months in prison for his membership in a squad belonging to Al-Aqsa Martyrs Brigades.

The Shin Bet’s investigation revealed that Jabarin carried out the shooting attack using a weapon belonging to Muntasar Mahmoud Hussein Jabarin, 30, a resident of Sa’ir.

Muntasar was arrested for questioning during which the M16 assault rifle that was used in the attack was seized, as well as two magazines.

“The General Security Service, the IDF and the Israel Police will continue to use all means at their disposal to expose and prosecute those involved in terrorist activities against the State of Israel and its citizens,” the Shin Bet stated.

This incident occurred as Hamas was firing rockets at the south of the country and as the IDF was engaged in Operation Guardian of the Walls in the Gaza Strip. 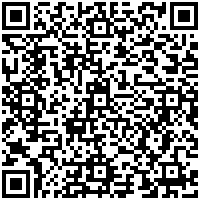