Thursday, 6:25 PM – Due to a massive Palestinian rock throwing terror attack against Jewish motorists, a truck and a car collided at Gitai Evyassar Junction on Highway 5, around 5 kilometers east of Ariel.

It now appears that the driver of the car lost control after being hit by rocks. A bus was also damaged in the attack.


Four people are injured, some seriously, including 2 children and a toddler.

The mother is in serious condition and trapped in the car (7:10 PM).

A 3 year old child is in critical condition and undergoing CPR (7:14 PM).

A 4 year old and 6 year old girl are in moderate to serious condition and evacuated to the hospital (7:30 PM).

The bus driver is lightly injured from the stone throwing.

Another baby was just injured in a second attack an hour later. 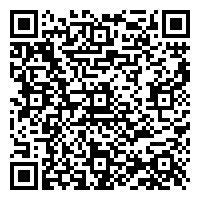