A military court convicted Palestinian terrorist Wael Salaman Mohammed el-Arjeh of Hebron for the murder of Asher Palmer and his infant son Yonatan on September 23, 2011.

While driving on Highway 60 near Kiryat Arba, Al-Arjeh and his associate Ali Saadeh threw a large rock at the oncoming Palmer car, causing the car to crash, killing both father and son.


Al-Arjeh was convicted of an additional 25 counts of attempted manslaughter for other stone throwing attacks. Saadeh’s trial is still ongoing.

A third Palestinian, Shehada Awad Shehada Shatat, who was witness to the attack was sentenced for 10 months after he looted Asher Palmer’s dead body, stole Palmer’s gun, and didn’t call for medical help. 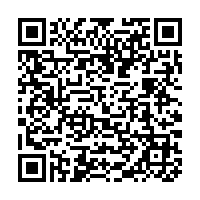