The Palestinian Authority will likely bid in September to become a UN “non-member observer state.”

P.A. President Mahmoud Abbas is ready to take the step, but has not yet decided when he will go ahead, according to the Associated Press.


Abbas leans toward waiting until after the U.S. November presidential elections, to avoid further straining his relationship with the Obama administration. Some members of Abbas’s inner circle are pushing to move more quickly, according to the AP report.

The Arab League last month gave Abbas its backing for a new General Assembly bid, but did not specifically recommend its timing.

The Associated Press has also obtained a document spelling out Palestinian fears of reprisals in the event the UN granted Palestine membership in the world body.

Prepared by the PLO’s negotiations support unit, the document says both Israel and the U.S. have an arsenal of punitive measures at their disposal. It says the U.S. could close the PLO mission in Washington, suspend aid to the Palestinians or withhold contributions to any UN agency the Palestinians try to join, the AP reported.

It said the document listed possible Israeli reactions such as canceling interim peace deals, annexing parts of the West Bank or increasing restrictions on Palestinian trade and movement.

According to the Palestinian news agency Ma’an, PLO negotiator Saeb Erekat said Thursday that no date has been set for next steps at the United Nations, where officials are considering a new initiative to seek membership as a state.

Erekat said the timing of a draft application for the General Assembly will be discussed at the next cabinet meeting on Tuesday, and after consulting with regional leaders.

The Palestinian negotiator stressed that if the UN initiative were successful this time around, it would not harm the peace process with Israel. Rather, he said, it would help to encourage implementation of international resolutions calling for an end to the occupation.

Last year’s P.A. bid at the UN General Assembly’s fall session for full state membership failed. Israel and the United States led the opposition to the effort, saying it would destabilize the peace process and that the P.A. should return to negotiations with Israel instead of engaging in such unilateral maneuvers.

On Thursday, Erekat called on the international community to intervene in order to compel the Israeli government to reopen Palestinian offices and institutions in Jerusalem such as the Orient House.

A day earlier he described Israel’s renewal of the closure “an act of piracy,” in a letter to diplomats. He said “such illegal Israeli measures are considered null and void by the international community.”

Israel shut down the house during the second intifada in 2001 in response to Palestinian attacks. A Palestinian official told Ma’an that Israel renewed the order this week.

Yigal Palmer, a spokesman for Israel’s Foreign Ministry, told JTA Israel is aware of the Palestinian intentions but he would not comment on possible Israeli responses. 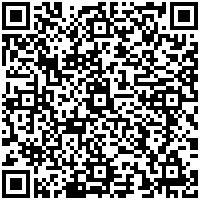