A 14-year-old girl from Jerusalem was injured on Sunday after a fragment from one of the Patriot missiles launched today hit her in the leg, according to a Walla report.

The girl was hiking with a group on the Golan Heights near Kibbutz Ayelet Hashachar when a fragment from one of the exploded Patriot missile fell and hit her in the left leg, leaving a cut 3 centimeters above her left knee.


She was taken to the emergency room in Tzfat where she is listed as lightly injured. Doctors are checking to make sure there are no additional fragments in her leg.

The two Patriot missiles launched at the infiltrating drone missed their target, and the drone returned to Syrian airspace.

Some security official are considering the possibility that it was a Russian drone that infiltrated into Israeli airspace.

The following photo is making the rounds on WhatsApp. It is one of the fragments from the Patriot missile that fell near Kibbutz Ayelet Hashachar.

A fire also broke out near the community from the exploded missile (you can see the firetruck in the background putting out the fire).
Source: Zartusatra / Rotter.net 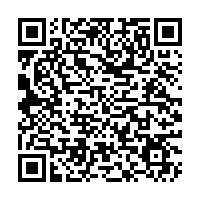