Much of the Israeli media was abuzz Tuesday, July 29 over a report filed by Israel’s Channel One’s well-respected reporter Oren Nahar, who claimed that a “senior U.S. official” had turned over a tape of a phone call between U.S. President Barack Obama and Israeli Prime Minister Binyamin Netanyahu.

The transcript of the alleged call has Obama browbeating Netanyahu, demanding that the Israeli government imposed an immediate ceasefire, while the Israeli Prime Minister repeatedly attempts to explain why a ceasefire at this point would be suicidal for Israel.


Channel One stands behind its story and the other Israeli media outlets which wrote about the conversation stand behind it as well. Mostly everyone else is lampooning the conversation as “not credible” and “unsubstantiated.”

The following is an excerpt of the alleged conversation, published in Hebrew by Channel One:

Obama: I demand that Israel agrees to an immediate, unilateral ceasefire and halt all offensive activities – particularly airstrikes.

Netanyahu: What will Israel receive in return for a ceasefire?

Obama: I believe that Hamas will stop firing rockets – silence will be met with silence.

Netanyahu: Hamas violated all five previous ceasefires, it is a terrorist organization which is dedicated to the destruction of Israel.

Obama: I repeat and expect Israel to unilaterally stop all its military activity. The pictures of destruction from Gaza distance the world from Israel’s position.

Obama: Within a week of the end of Israel’s military activities, Qatar and Turkey will begin negotiations with Hamas on the basis of the 2012 understanding [following the end of Operation Pillar of Defense – ed.], including Israel’s commitment to removing the siege and restrictions on Gaza,

Netanyahu: Qatar and Turkey are the biggest supporters of Hamas. It is impossible to rely on them to be fair mediators.

Obama: I trust Qatar and Turkey, and Israel is in no position to choose its mediators.

Netanyahu: I object, because Hamas is able to continue and to fire rockets and to use tunnels for terror attacks…

Obama – interrupts Netanyahu mid-sentence: The ball is in Israel’s court – it is obligated to end all military activities.

The Israeli journalist who claims to have received the tape explained that the exchange reproduced above was the most contentious. He said there were more positive exchanges, including Obama’s statements that America is committed to Israel’s security.

Many Israelis were quick to believe that such an exchange took place. This latest note of discord comes upon the heels of widespread rumors over the weekend that the ceasefire proposal offered by U.S. Secretary of State John Kerry favored Hamas. Whether or not the two instances of alleged mistreatment of Israel by the U.S., and anger from the U.S. because of those rumors, reveals an alarming lack of trust between the parties.

Here is a clip of the Channel One report, in Hebrew: 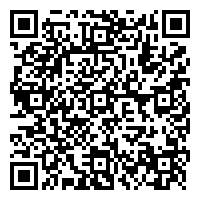