JERUSALEM – The current ceasefire between Israel and Hamas is to end tomorrow (Aug. 18) at midnight, and there is no clear indication whether the ceasefire will be extended again, whether an agreement will be reached or will Hamas renew its rocket attacks on Israeli civilian targets.

As the Israeli delegation landed in Cairo to continue the ceasefire talks, the Cabinet convened to discuss possible developments, and remarking at the start of the weekly Cabinet meeting, Netanyahu said that only if there is a clear response to Israel’s security needs will an agreement be reached: “We are in the midst of a combined military and diplomatic campaign. From the first day, the Israeli delegation to Cairo has worked under clear instructions: Insist on the security needs of the State of Israel. Only if there is a clear response to our security needs will we agree to reach understandings. In the past month Hamas has taken a severe military blow. We destroyed its network of tunnels that it took years to dig. We intercepted the rockets that it had massed in order to carry out thousands of deadly strikes against the Israeli home front. And we foiled the terrorist attacks that it tried to perpetrate against Israeli civilians – by land, sea and air.”

Responding to criticism on his conduct and his halting of the military operation, Netanyahu responded: “In the stormy and unstable Middle East in which we live, it is not enough that there be more strength; determination and patience are also necessary. Hamas knows that we are very strong but maybe it thinks that we do not have enough determination and patience, and here it is making a big mistake. We are a strong and determined people. We have seen this in the amazing revelations of strength and resilience in the past weeks on the part of both our soldiers and our civilians. We will continue to be steadfast and united until we achieve the goals of the campaign – the restoration of quiet and security for all Israelis.”

The Egyptian government persuaded Israel and Hamas late Wednesday to adhere to a new five-day ceasefire, extending an earlier three-day agreement in order to allow more time to arrive at a longer-term truce. According to all reports from the talks, there little room for optimism that an agreement will be reached. A member of the Palestinian delegation told The Associated Press on Sunday that the gaps between the sides were still significant and that it was far from certain whether a deal could be reached before the cease-fire expires. “We are less optimistic than we were earlier,” he said. His comments came after Hamas’ political chief Khaled Mashal said Saturday his group would not back down from a single demand. 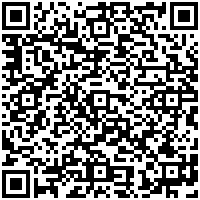