PM Netanyahu sent a personal thank you to Panamanian President Ricardo Martinelli for Panama’s role in the interception of the Iranian weapons smuggling ship, the Klos C, according to a report in the Jerusalem Post.

The cargo ship, carrying massive amounts of weapons being smuggled from Iran to Gaza, was sailing under the Panamanian flag, and Israel received authorization from Panama to board the vessel.

“Martinelli is a true friend of Israel and the Jewish people,” Netanyahu’s spokesman Mark Regev said, according to the Jerusalem Post report.

Iran: “We Will Rearm the West Bank”

3.5 Million Lives in Danger: the Growing Range of Hamas Rockets

Dramatic Increase in Attacks Against Israel in March 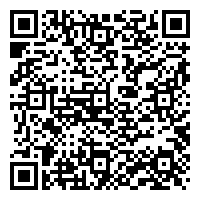