Pope Francis in a meeting with Jewish leaders sent Rosh Hashanah greetings to Jews worldwide and expressed “concern” at the ban on kosher slaughter in Poland.

At an audience Monday at the Vatican with World Jewish Congress heads, the pope said he was directing a cardinal to investigate the situation in Poland, where a ban has been in effect on ritual slaughter since January.

Francis met with a WJC delegation headed by the organization’s president, Ronald Lauder, who presented the pontiff with a kiddush cup and a honey cake.

A WJC statement said the pontiff and Lauder spoke about the situation in Syria “and agreed to speak out against attacks on religious minorities, such as Coptic Christians in Egypt and against trends to restrict well-established religious practices such as circumcision.”

In addition, according to the statement, “The pope specifically expressed concern about the bans on kosher slaughter in Poland and directed Cardinal Kurt Koch, the president of the Vatican’s Commission for Relations with the Jews, to investigate and host a follow-up meeting as early as next week.”

The WJC said the pope, using the Hebrew phrase “Shanah Tovah,” asked Lauder to convey holiday wishes to Jewish communities worldwide. The group said the pontiff reiterated a statement made last June that “a Christian cannot be an anti-Semite” and said that “to be good a Christian it is necessary to understand Jewish history and traditions.”

Referring to the conflict in Syria, “the pope called the killing of human beings unacceptable and said world leaders must do everything to avoid war,” according to the WJC.

Francis has met with Jewish leaders and representatives on a number of occasions since his election to the papacy in March. The WJC called it his “first private audience with an international Jewish leader” since becoming pope. 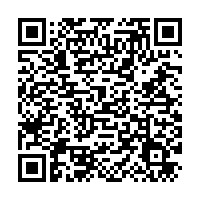