In a statement released Friday, the Union of Jewish Religious Communities said the petition concerned “a collision of two laws,” a reference to measures enacted in 1997 — one permitting and the other prohibiting ritual slaughter.


The statement said that following the Polish parliament’s rejection in July of a draft amendment to the law on the protection of animals, “the legal situation of the Jewish community, whose duty is among others overseeing the supply of kosher food and ritual slaughter, became unclear.”

Polish lawmakers voted down a draft amendment to the law on animal protection that would have allowed for the slaughter of animals without prior stunning, as required by Jewish and Muslim law, if carried out so as to follow religious customs.

Poland’s Union of Muslims will be filing a separate application to the court, according to a report Friday by Polskie Radio.

Some 80 Polish firms that mainly sell kosher and halal products abroad will take part in an independent lawsuit against the state seeking financial compensation for losses incurred during the ban, the radio station reported.

Slaughter without prior stunning was made illegal in Poland as of January, following a ruling in November by the constitutional court on a petition by animal rights activists. The court said the government had no constitutional right to pass a regulation in 2004 that legalized ritual slaughter.

Poles Deny News of Freezing ‘Polish Death Camps’ Law: It will Become Effective according to Plan 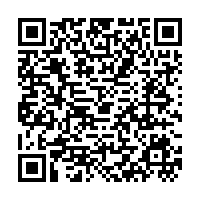