Catholics should be “responsible” parents and not “breed like rabbits,” Pope Francis commented to reporters while traveling from the Philippines Monday.


“God gives you methods to be responsible,” he said, adding that natural birth control should be practiced by avoiding relations when a woman is able to conceive.

So much for the first mitzvah in the Bible, unless the Old Testament no longer exists for Catholics.

Jewish law takes a direct opposite approach and prohibits a man from even touching a woman when he is ritually impure and cannot conceive.

The pope is consistent his disregarding ancient texts. Not only did does he dismiss the first mitzvah, he also chose to use rabbits as his analogy instead of citing a Talmudic text in Berachot 22a, where rabbis teach that couples should take it easy on intimate relations and practice a bit of self-restraint and not act like “roosters.”

Maybe the pope prefers rabbits because they are not kosher.

The pope also lambasted “ideological colonization,” meaning countries conditioning aid to the promotion on birth control and permissiveness, if not encouragement, of homosexuality.

“Every people deserves to conserve its identity without being ideologically colonized,” Pope Francis said.

So it seems that the pope wants to encourage the holiness of family by restricting sexual relations, especially if it means having more children who can build more families.

But too much birth control has backfired in the past.

Isn’t the virgin Mary the mother of Catholicism? 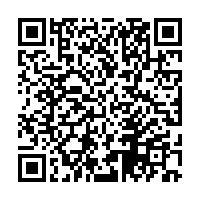