The country’s largest Presbyterian church has agreed to vote by week’s end on divesting its portfolio from three companies that it says have resisted the request to stop providing services that aid Israel’s “occupation” of Judea and Samaria.

The Presbyterian Church (USA) General Assembly’s Middle East Committee voted 36 to 11 with one abstention in favor of divesting its portfolio from Caterpillar, Hewlett-Packard and Motorola Solutions. The Committee said these companies helped “Israel’s use of their products in violations of Palestinian human rights.”


The group recommended the church put those funds instead into companies “engaging in peaceful pursuits in Israel and Palestine.”

The Church’s full convention, being held in Pittsburgh, is expected to vote on Thursday or Friday on the proposal.

Ethan Felson, vice president of the Jewish Council of Public Affairs, is at the convention and is reportedly speaking with Church leaders about toning down the resolution, according to a JCPA spokesman. 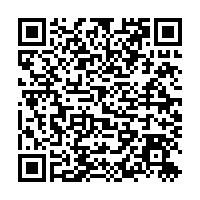