President Peres began with the traditional greeting in Persian and said, “Iraniane Gerami, Novruzetan Piruz Bad”, which means “Iranian citizens, wherever you are, Happy Nowruz.” President Peres continued by saying that “The Jewish people and the Persian people, the Iranian people have a very long history and we are going to have a long future. We are old cultures, we learn history, we make history and we respect history. We have a heritage of values; we are not just business people, but two nations that respect culture, that respect human dignity. We call to live in peace and understanding.” President Peres ended the message and said, “Let us have a year of science and of peace, without war and threats. Happy Nowruz”


President Peres was asked during the interview about his memories of his visits to Iran during the time of the Shah, when diplomatic relations between the countries existed. President Peres spoke about his experiences and addressed the Iranian people directly expressing Israel’s desire for peace with all her neighbors, “I don’t have a special message for the people of Iran because it is the same message as the people of Israel. Let’s forget wars, let our young people build a new future. Let’s talk to each other, directly, without prejudices. We still have a great deal to do to make the world better, let’s march together to this goal.”

President Peres was also asked about how he viewed the relations between the two countries in the future and said, “I think Israel will become the contributing member of the Middle East, I think our children and Arab children, Druze, Christians, everybody will go to the same universities and their major challenge will be the new ideas, the new discoveries. I do believe that the young generation of Iran, like the young generation all over the world will choose to live in peace, in cooperation. Instead of fighting, let’s compete in scientific endeavor. In competition everybody wins, in war everybody loses.” Peres’ video message: 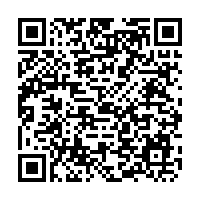