The pro-Israel organization Z STREET* on Friday was, once again, vindicated in a court of law in its now nearly five year effort to redress the violation of its Constitutional rights by the Internal Revenue Service.

The judges in their Opinion were far more restrained than their reactions to the IRS arguments during the oral argument which took place on May 4, but their conclusion was the same.

Z STREET filed its lawsuit against the IRS in August, 2010, on the basis of statements made to its counsel by the IRS agent reviewing Z STREET’s application for 501(c)(3) charitable tax exempt status, filed in 2009.

That agent revealed the existence of an IRS “Israel Special Policy” which gave differential treatment to tax exemption applications from organizations holding views about Israel inconsistent with those espoused by the Obama administration, scrutinizing such applications differently and at greater length, than those made by organizations which did not hold such views.

The June 19th Opinion in Z STREET v. Koskinen (the IRS Commissioner), written by Judge David S. Tatel, rejected every one of the government’s arguments. First, the Court of Appeals accepted Z STREET’s contention that Z STREET raised a Constitutional violation claim of Viewpoint Discrimination, and was not simply, as the IRS claimed, seeking to evade “the assessment of taxes.”

The Court also held that the IRS is not entitled to Sovereign Immunity in a case, like Z STREET’s, which complains of wrongful action by a government agency or its officers or employees. The doctrine of sovereign immunity is a shield from litigation for various governmental entities or actors.

Of particular significance, the court emphasized the application to this case of ones decided by the Supreme Court which held that the “tax code may not discriminate invidiously” and that there is a “requirement of viewpoint neutrality in the Government’s provision of financial benefits.”

Z STREET looks forward to the discovery phase of litigation in which it will seek to learn the nature and origin of the “Israel Special Policy” which the IRS applied to Z STREET’s tax exemption application. Z STREET will seek to learn how such a policy was created, who created it, who approved it, to whom it was applied, as well as all other information regarding this policy.

A series of IRS documents called “Be On the LookOut” lists, which were released by Congress in June, 2013, pursuant to the TIGTA investigation, have already established that, as Z STREET alleges, while Z STREET’s application for tax exempt status was pending, the IRS did indeed create a special category of review for organizations seeking such status, if they were engaged in what the IRS called “occupied territory advocacy.”

Z STREET looks forward to using the discovery process to learn more about the precise nature, origin and effect of this policy, which the DC Circuit has now made clear is a violation of essential Constitutional rights.

It is possible that the IRS will once again seek to delay the onset of discovery by seeking a rehearing of the argument before the full D.C. Circuit Court (and not just a three judge panel). The decision was so unequivocal, and it affirmed such a broad and tightly reasoned decision by D.C. District Court Judge Ketanji Jackson issued last May, that such a move might open the government to a move for censure.

*The author of this article is the founder of Z STREET. 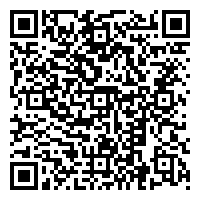