The purpose of the so-called “NGO bill” is to clamp down on what Smotrich sees as illicit foreign intervention into Israel’s domestic policies under the guise of support for civilian organizations.

“We have a situation in which foreign countries are financing agents within Israel,” Smotrich’s spokesman told Tazpit News Agency. “It is important that citizens be informed of this phenomenon.”

In a statement quoted in the Israeli press, Smotrich used similarly strong language, describing what he referred to the “erosion of the Jewish character of the State of Israel” by foreign countries masquerading as civilian groups.

“All we are demanding is transparency,” Smotrich’s spokesman continued. “As a Knesset member, when a lobbyist comes up to speak to you, you want to know who you are dealing with, irrespective of their political outlook,” he said, referring to a section of the bill that requires members of relevant NGOs to wear ID tags when meeting with government representatives.

“It is perfectly legitimate to receive funding from abroad,” he explained. “The problem is when the money comes from a foreign government. In such cases, the NGO – whose function is to mediate between the government and the public – intrudes into the sphere of relations between governments, allowing foreign countries to influence Israel’s domestic affairs through indirect channels,” he said.

The bill obligates NGOs to specify the name of the country from which they receive funding on any document they submit to the government.

Representatives from B’tselem and Combatants for Peace, two prominent NGOs likely to be affected should the bill become law, declined to comment on the proposed regulations.

Justice Minister Ayelet Shaked, also from the Jewish Home party, is expected to bring the bill before the Ministerial Committee for Legislation in the coming days. 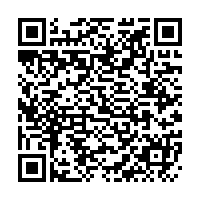