A detailed proposal for the creation of a Palestinian state that was reportedly presented by Israel to the Palestinian Authority in recent weeks is largely based on an American-drafted plan.

Israel’s Haaretz newspaper reported this week that Prime Minister Olmert handed PA President Mahoud Abbas a plan for an Israeli withdrawal from most of the strategic West Bank. Parts of the Israeli Negev desert – which is Israeli territory that is uncontested by the international community – would also become part of a Palestinian state.

The plan grants the Palestinians a connection passage between the West Bank and the Gaza Strip, which would be jointly patrolled by Israel and the PA and would grant the Palestinians access to areas close to central Israeli population centers.

According to the plan, land to be annexed to Israel would include the large West Bank Jewish community blocs of Ma’aleh Adumim, Gush Etzion and areas surrounding Jerusalem and some land in the northern West Bank adjacent to Israel. The rest of the West Bank would be handed to the Palestinians. Jerusalem would be discussed at a later date.

The plan – which offers the Palestinians the beginnings of a state on paper – was adopted from a detailed American proposal sent earlier this year to the negotiating Israeli and Palestinian delegations, diplomatic sources said.

A Palestinian Authority-allied university funded in part by the United Nations dedicated its graduation ceremony to one of the most infamous Palestinian terrorists, WND has learned.

The Al Quds Open University dedicated the weekend graduation ceremony at a major campus in the West Bank city of Qalqiliya to the memory of female suicide bomber Dalal al-Mughrabi, who led the attack in March 1978 that killed a total of 36 Israelis.

Barack Obama’s presidential campaign has claimed it returned nearly $33,500 in illegal donations to three Palestinians brothers who made online contributions at the presidential candidate’s official website.

But the brothers – Monir, Hosam and Osama Edwan – denied to this column that they received any refunds.

After WND reported on the illegal Palestinian donations from 2007, Obama officials told the Wall Street Journal the campaign had returned most of the funds by Dec. 6 of last year and that the remaining money was refunded last week.

Obama’s campaign has not returned a series of phone calls requesting clarification.

It is illegal for candidates to receive foreign funds. Individual donors are not allowed to contribute more than $2,500. 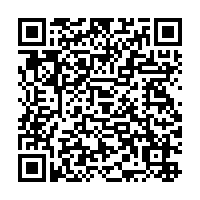