Home InDepth Op-Eds When Terrorism Becomes Convenient
Share on Facebook
Tweet on Twitter
It hadn’t been a full week since a Palestinian Arab went on a bulldozer rampage in the streets of Jerusalem before Prime Minister Ehud Olmert and his cronies used the terror attack to their political advantage.
“Whoever thinks it’s possible to live with 270,000 Arabs in Jerusalem must take into account that there will be more bulldozers, more tractors, and more cars carrying out attacks,” Olmert said, referring to two incidents in which Palestinian residents of east Jerusalem deliberately plowed bulldozers into pedestrians, buses and passenger vehicles, leaving three dead in the case of the first attack.
Olmert’s obvious implication is that there are too many Arabs in east Jerusalem, that their neighborhoods are increasingly fundamentalist and ungovernable, and that Israel must therefore separate itself from part of Judaism’s holiest city.
To drive the point home, Vice Premier Chaim Ramon, a top Olmert deputy, spelled it out to the Knesset: “The main question is, does the government want Jebl Mukaber or Sur Bahir as part of Israel or not.”
Ramon was referring to the Jerusalem neighborhoods that were home to recent perpetuators of terror attacks in Jewish sections of Jerusalem, including the terrorist who gunned down seminary students at the Mercaz HaRav yeshiva in March, killing eight young Torah scholars in cold blood.
But Olmert and other Israeli leaders, and even U.S. Jewish groups, are responsible for the current situation. They allowed Arabs to illegally construct tens of thousands of housing complexes in Jerusalem, in many cases on land purchased by Jews for the express purpose of Jewish construction; turned a blind eye to illegal Arab settlement; and let Arab neighborhoods in Jerusalem become lawless Islamist zones.
Several former municipal workers told me that during his 10 years as mayor of Jerusalem, Olmert instructed city workers not to take action against illegal Arab building projects throughout eastern sections of Jerusalem, explaining that the area would one day be handed over to the Palestinians anyway.
The workers charge that Olmert even instructed city officials to delete files documenting illegal Arab construction of housing units in eastern Jerusalem. Those units currently house an estimated 100,000 Arabs, say the workers.
Aryeh King, chairman of the Jerusalem Forum, which promotes Jewish construction in Jerusalem, released an investigation by his group that found Olmert’s city hall deleted files documenting hundreds of illegal Arab building projects in Jerusalem. King said he forwarded his findings to Israel’s state comptroller for investigation.
King also said Olmert told senior municipal workers not to enforce a ban on illegal Arab buildings.
In a statement responding to the allegations, the Jerusalem municipality claimed the threat of Arab violence kept it from bulldozing the illegal Arab homes.
“During the years of the intifada, the municipality had difficulty carrying out the necessary level of enforcement in the neighborhoods of eastern Jerusalem due to security constraints,” the statement read.
In his statements to the Knesset, Vice Premier Ramon said that areas of east Jerusalem, including a large, now mostly Arab neighborhood called Shoafat, are as dangerous to drive through as Jenin, a terror-ridden city in the northern West Bank.
It turns out the Jewish National Fund, the U.S.-based nonprofit that purchases land in Israel for the stated purpose of Jewish settlement, owns much of the neighborhood in which tens of thousands of Arabs illegally reside. A WorldNetDaily investigation last year found that Shoafat was purchased legally on behalf of JNF with Jewish donations in the early 1900s. Those areas are now mostly Arab.
Much of the illegal Arab construction in Shoafat took place over the past 15 years, with some apartment complexes built as recently as 2004.
So both Olmert’s mayoral office and the JNF watched as eastern Jerusalem became largely Palestinian Arab.
Making a bad situation worse, the Israeli government did little to enforce law and order in east Jerusalem neighborhoods. Israeli police officers rarely operate in those zones. Incredibly, Palestinian Authority President Mahmoud Abbas’s Fatah organization runs community patrols in some east Jerusalem areas.
Now, apparently, a terrorist infrastructure in Jerusalem is launching attacks in the city’s Jewish neighborhoods, creating a general feeling that an ungovernable east Jerusalem must be separated from the rest of the capital and handed over to the PA.
The timing of these recent attacks is quite convenient for Olmert and Abbas, both of whom are committed to the idea of a future Palestinian state controlling most of the West Bank and the eastern portion of Jerusalem.
But with Olmert a lame duck and Abbas virtually powerless, their shared dream is far from being a fait accompli. Israeli forces can go into troubled east Jerusalem hotspots and wipe out the terrorist infrastructure there if they so desire. Israel can allow Jews to build communities in the east Jerusalem neighborhoods that were purchased for that very purpose. Jerusalem need not be divided.
Handing over areas of Jerusalem to the PA will impede Israel’s anti-terror capabilities and result in east Jerusalem becoming an Iranian-backed terrorist entity at war with the Jews. It will lead to more terror attacks, likely including rockets fired into Jewish Jerusalem homes. Christians remaining in east Jerusalem will be persecuted, as they always are in territory handed to the Palestinians. Freedom of worship at Jerusalem’s many important holy sites will be blocked for non-Muslims.
But it’s clear the Olmert government is intent on allowing east Jerusalem to go the way of the terrorists. More terror attacks inevitably will be carried out by Jerusalem Arabs and Olmert along with those who share his thinking) likely will continue using those attacks to gain support for forfeiting neighborhoods to the PA.

When the day comes that Jerusalem is divided, the holy city split and at war, we will have only the morally bankrupt government of Israel to thank for it.

Aaron Klein is Jerusalem bureau chief for WorldNetDaily and a regular contributor to The Jewish Press where his Quick Takes column appears weekly on page 2. 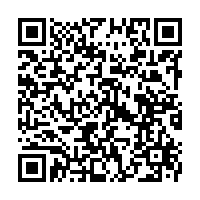